“When I captained the baseball team at Bates College, the team always had an affinity for going to the horse track. You would think a group of competitive college athletes would be going for the gambling or a cold beer, and for some, that was certainly a draw, but for me, I was more fascinated by the sport itself and the athletes running around the track. I just loved the horses and the characters on the backstretch. Back then, I thought someday, if I could afford it, I would own a Thoroughbred racehorse.” – recalls Shirl of when his interest in racing was born.

Initially dipping their toes in the water with syndicate involvement, Shirl and his wife and CEO of their racing and breeding stable, Mary Ann, launched Team Penney Racing in 2004. Over the years, they have won some of the top races throughout the country, always with lots of family and friends in tow. Away from his work at Dynasty, Shirl and his family have centered their lives around horse racing. They raised their two daughters in Saratoga Springs, New York – home to the oldest racetrack in the country – before moving Dynasty to St. Petersburg, FL, where the family can now be found racing their horses at Tampa Bay Downs.

“I feel racing has been a wonderful escape for me over the years. Being with the horses and with my family and friends has been amazing as it’s a great way to get people together to cheer for your horses. Having everyone together, I feel like I have already won before the gates even open,” reflects Shirl.

Over the years, Shirl and Mary Ann’s passion for racing has grown, as has the number of racehorses in their stable. Shirl has shared his passion with his partners at Dynasty, Dynasty’s RIA team members & their clients, and countless resource partners with trips to the track and group photos in the winner’s circle becoming a common Dynasty outing. Dynasty’s annual client event at the Kentucky Derby, complete with tickets in the “Mansion” high above the finish line, is one of the most popular advisor and client events at Dynasty. 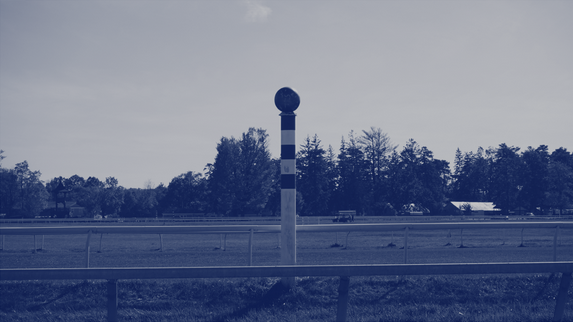 Stay up to date with the latest Around the Track races

Sign up to receive emails when new episodes are released.